I am proud to officially announce my new book, Thorns of the Shadow: Blood, Blades and Bacon.

Twins KT and Kai are thrown into a hidden society of monsters and magic when their family are abducted by a cannibalistic witch hellbent on world domination. Aided only by a sarcastic hunter, they must learn how to fight fast before they become merely two more corpses in an increasingly hostile world.

Thorns of the Shadow is an urban fantasy filled with face punching action and off the wall humour.

Keep your eyes open for a release date announcement soon. 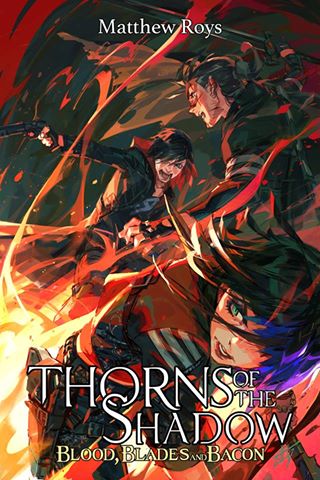