This is a collection of any of my creative writing, be it novel extracts, short stories or poems. Let me know what you think. Tell me what you like and want to see more of.

Words of Fate: Of Quills and Swords.

City walls of pale stone stood proudly on the horizon ahead. Around it rougher stone structures clung together in a hodge-podge of designs and materials like a cancer. Farmland covered the ground between the settlement and a lone hilltop many miles from it where a young man stood taking in the sight of the legendary city. Dense forests made a ring around it all.

It was early in the morning and the young man hoped to be within those walls come nightfall. He wiped an arm across his face to remove a trickle of sweat and grimaced at the smell that rose from his sleeve. He had been travelling by foot for over two weeks now without a single change of clothes. Washes had been few and far between and the summer’s heat had been like the innards of an oven for the entire time.

Drunk in the Amber Moonlight.

I sit here in the amber darkness, pleasantly drunk on fruity toxins that tug on my thoughts like children on their mother’s skirts. Two decades and more have not immunised me of that harsh orange glow that outlines my midnight world. Read more…

It is a winter’s night

cold is thick in the air

and my covers do nothing to protect me

from the icy fingers that claw 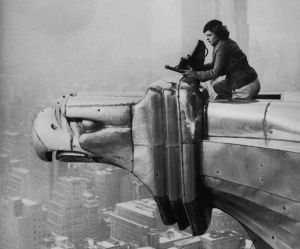 A god of man-made nature looking down upon creation

Always alone except for now

As he stands humbled beneath the female form.

Scotland is a land of ancient myths and an expansive history. Mountain ranges vie with dark forests while snow and cold winds are an ever present feature of the rugged landscape. Turbulent seas lash at its coasts. A certain element of wildness seeps into all aspects of the land.

In modern times though, the warriors have faded into the history books and the wilderness has begun to succumb to the advances of civilisation. Where once foreigners had sought to avoid the harsh land, now they flocked there as tourists.

Deep within Abernethy Forest, just south of Nethy Bridge in the Scottish Highlands, lies an example of this tourist trade. There is  a large wooden building known as the Aife’s Lodge that had once been a private house but had since been converted into a guesthouse. It was the kind of place where people went to escape society completely.

The moon was high in a black veiled sky. It was just before midnight on New Year’s Eve and the few guests of Aife’s Lodge had forgone seclusion and gathered together in the main hall to celebrate the coming of the New Year. Read more…

“Magnificent,” announced the king’s assistant. “The detail, the colour, the emotion! It is simply wondrous.”

From the darkness nearby, Ellion Demerre, a scrawny, unkempt man with dark hair and dark clothes, approached the painting that had drawn the other man’s praise. It showed a woman of great beauty, naked on a backdrop of a midnight field. There wasn’t a brushstroke out of place.

“It is still not right,” sneered Demerre critically. “The symmetry is all wrong, the skin varies in shades, the hair has odd numbers of strands and freckles never match. It is infuriating.” Read more…

Whispers on the Wind.

Rain made a rhythmic pitter-pattering against the window, filling the room with the sound of a thousand tiny drums. Flames burned softly in the fireplace, spreading warmth and light into every corner.

Thomas and his sister May were seated on a thick rug, looking up at their father who sat in a large armchair. Their mother sat beside the fire on the only other seat. Their father’s voice carried above the rain as he read from a weathered old book. The children listened, completely enraptured with his words while even their mother leaned in closer as her hands worked a sewing needle. Read more…

The Electronic Dreams of Man.

A scorching wind blew through the streets. The air still crackled faintly like far off popcorn while everything shimmered hypnotically in the heat. A sickly smell hung over the buildings. It was quiet. Birds sang and leaves rustled but they only highlighted the void that had filled the world.

A man shambled along the side-walk with the aid of a walking stick. He had ruffled white hair and moved with a pronounced limp. Old Grouch was what he was called by most. It had been too long since he had heard someone call him by his real name. He had no family or friends and his bitterness left a sour impression on any who knew him. Read more…

POV1
It was raining. It lashed down in great torrents, whipping the faces of me and the men around me as we stood and waited. We were all sodden to the bone and could feel our strength seeping away with every second we stood idly by. To either side of me were lines of grim faced soldiers all awaiting our commanders signal to attack.

Then, as suddenly as it had started, the rain stopped. Through the clearing haze we got our first sight of the enemy troops. Misshaped figures faced us down a hundred yard opposite us. They looked to us like mutants, bulges and tormented postures looking dominant among their ranks. Shadowy shapes reminiscent of men hung back in the distance. The damned mist likely hid their main force, keeping us guessing at how innumerable their force truly was. Read more…

A cold, white walled room built from sturdy blocks of stone. Sat around a heavy wooden table were three men. Two were in suits and sat at one side while the third wore simple street clothes and sat opposite them. His hands and feet were in chains.

“This is agent Ryan Smith and agent Thomas Hawke interviewing David Black, serial killer,” stated one of the suited men after pressing a button upon a recorder at the end of the table. He turned a cold glare upon the man opposite him. Read more…

The death happened on a sunny day down by the peaceful brook where families often picnicked in the warm days of summer. Who among the villagers would have guessed that a venomous snake lurked among the dark bushes that lined the silver stream? The girl Pinnoca, who was entering into the cusp between child and woman, certainly didn’t. As she picked the sweet smelling flowers of dazzling colours that grew beside the water, the snake had struck out and plunged its fangs into her rosy flesh. In her shock she had staggered back, lost her footing and plunged into the chill waters. The bite was not deep but the venom spread through her veins and froze her limbs. She drowned, her lips inches from the air that they so desperately sought. Read more…

Our Father who isn’t in Heaven.

God. The Father, the Son and the bastard ghost

The mirage in the sweltered landscape of humanity

As true as anything in a false world

Of false people who wander through life

Wish away our problems

Wish away our responsibilities

To dwell in the darkness of our minds

The Thoughts of a Friend.

Bound by neck but chase the same